During the preparation and writing process for this piece, I worked in two studios whose acoustic environments could not have been more different. On the one hand, there was the rise and fall of a heavy volume of traffic, and on the other, the continuous murmur of a river – and this is by no means to be understood as a negative influence.

Thus, on the compositional level, I was interested in the connection, superimposition and juxtaposition of heterogeneous sound materials, the exploration of their individual complexes, their mutual influence and inner structures.
The differentiated ways of playing and articulating the guitar stand in a chamber music context to the three obsolete, electro-mechanical tape machines used, which are to be understood as further kaleidoscopic, sonic resources. They form a medial alternation and at the same time represent an installative stage context, which gives these sound generators their own “physicality” in the interweaving and interaction with the guitar. Through the spatial and temporal dimensions of these tape loops, another acoustic field can spread out. Guitar, tape loops and live electronics become, as it were, instruments of the composition, through which the player is networked with other levels of space, time and sound.

The piece Dauerwelle was premiered by Mats Scheidegger on September 28, 2004 as part of a concert by the ensemble CATTRALL. 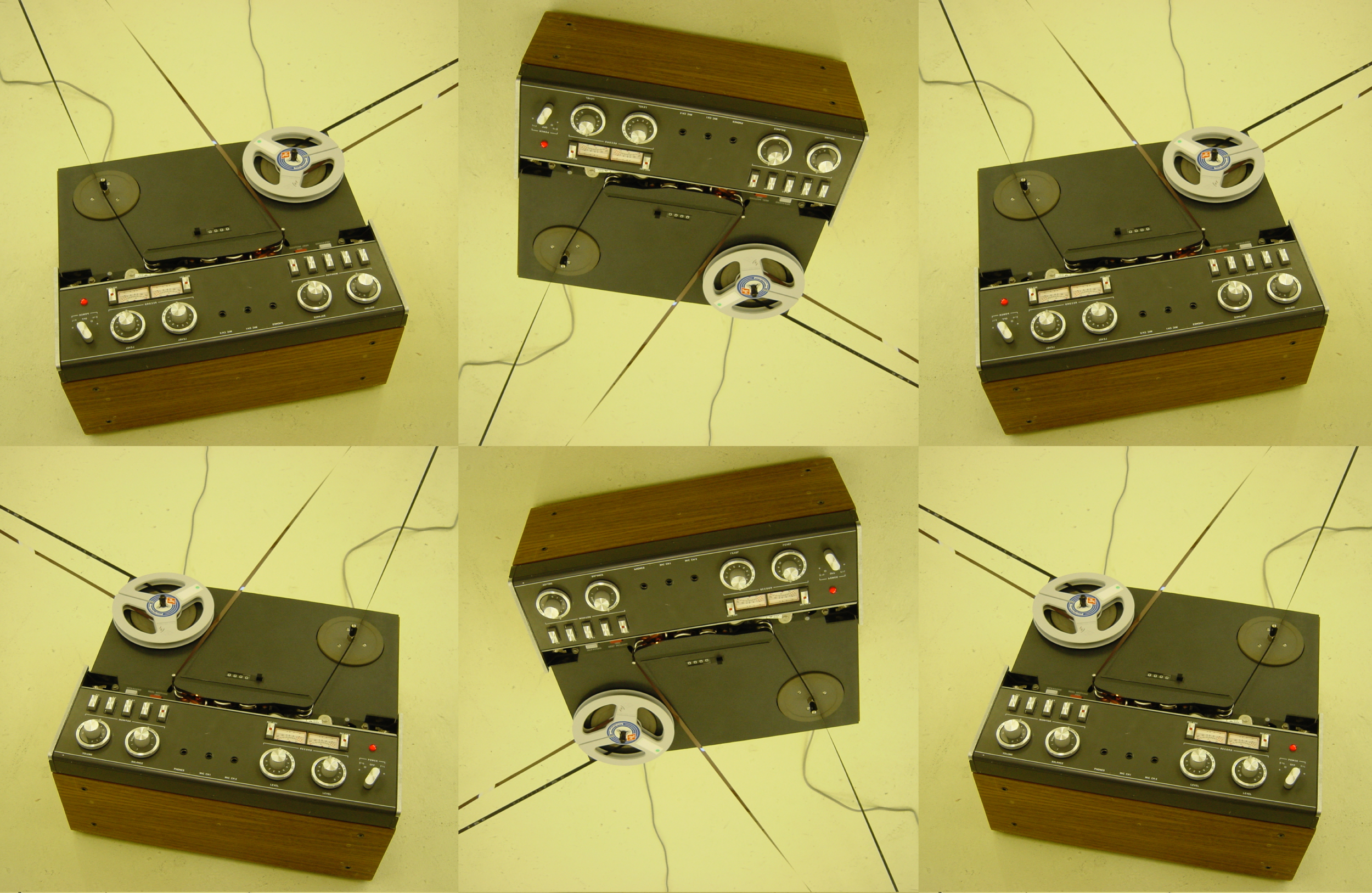 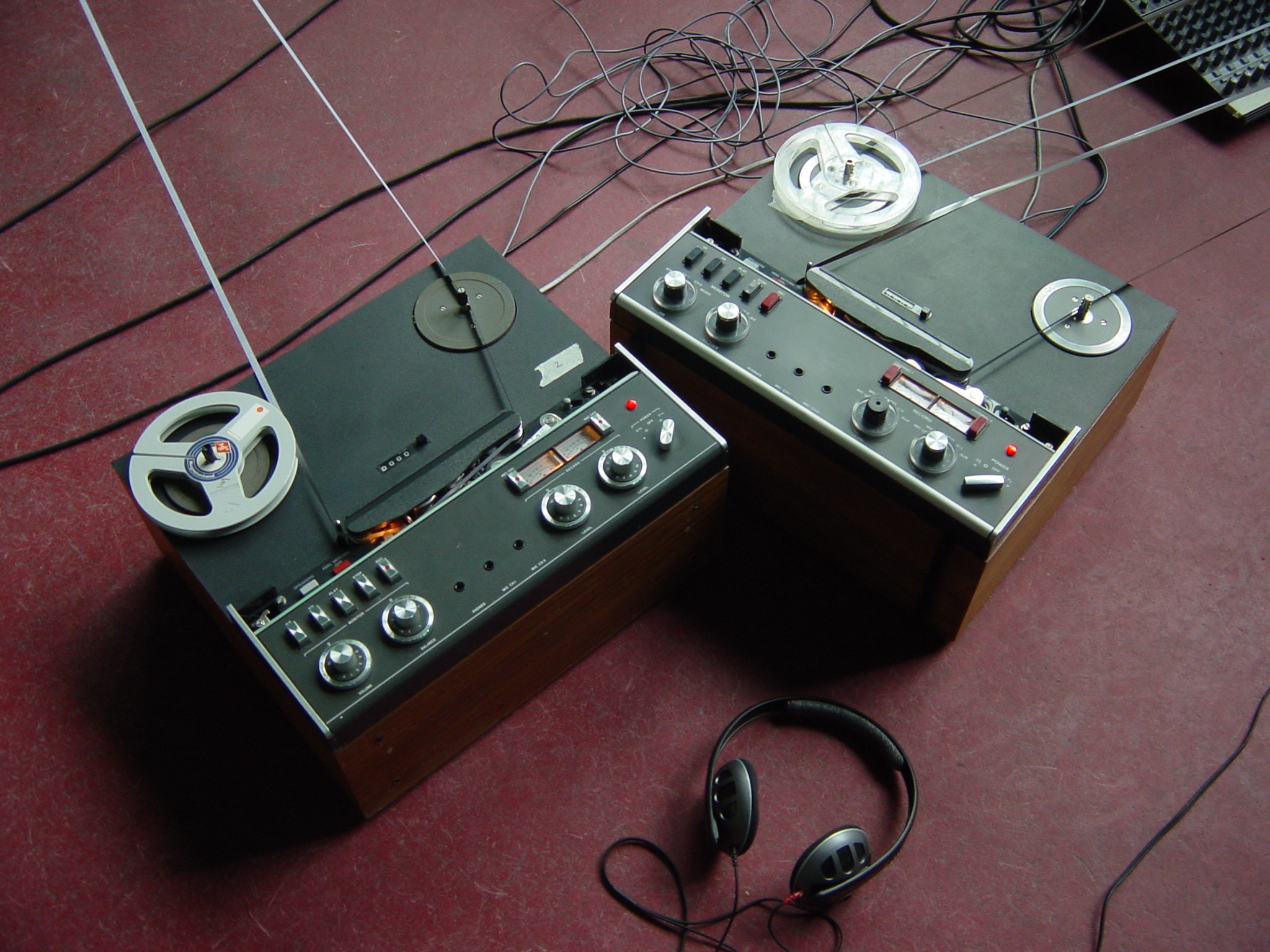 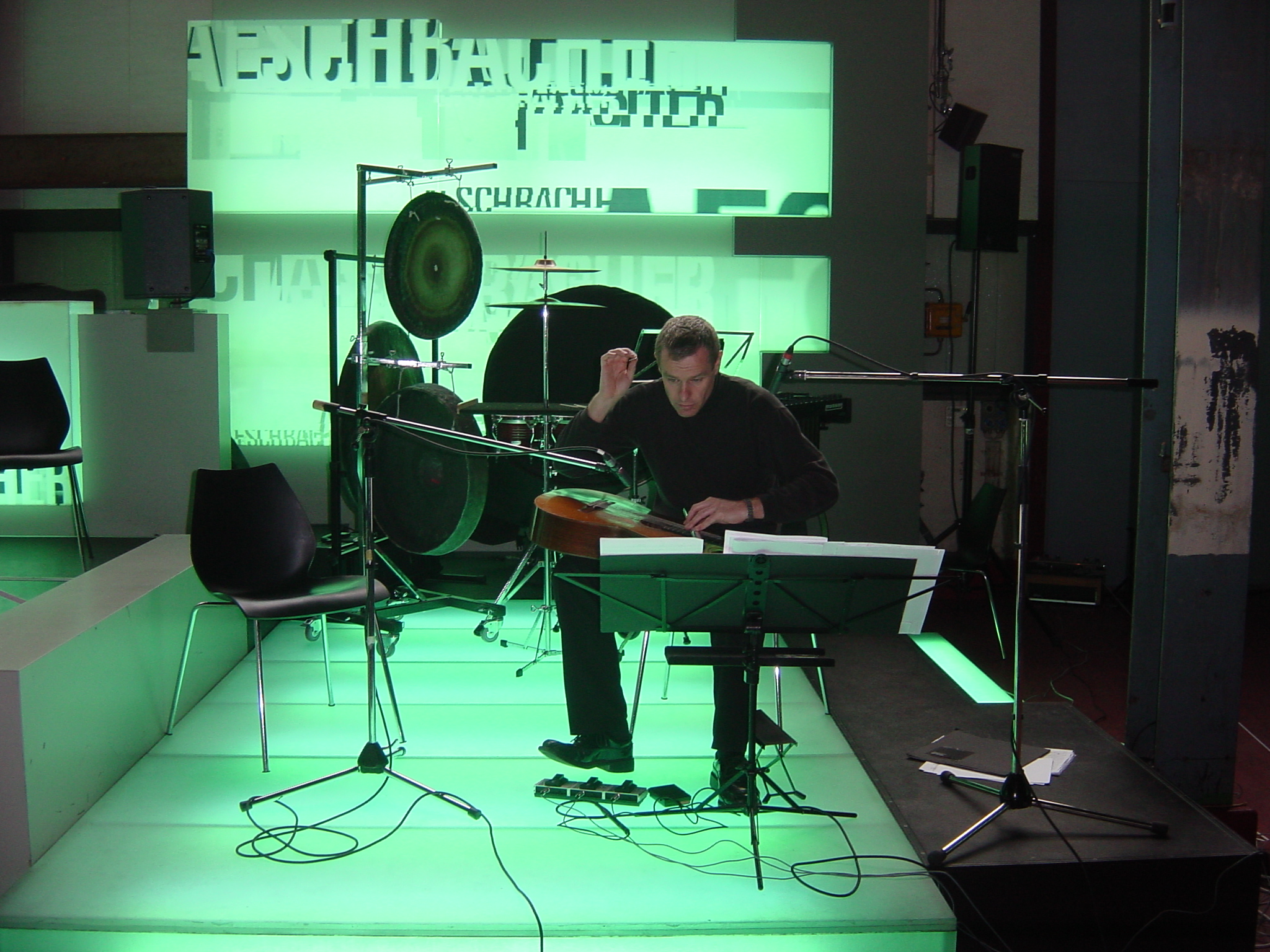